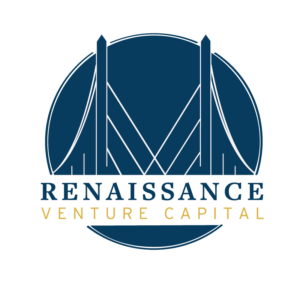 ANN ARBOR, MICH.  July 20, 2021–Renaissance Venture Capital has closed its fourth fund with $77.5 million of new capital.  Since it opened in 2008, Renaissance has raised over $280 million, making it the largest “fund of funds” of its kind in the United States.  Renaissance has become a role model for similar funds that have emerged in Cincinnati, Houston, and most recently Wisconsin.

Renaissance invests in top-tier venture capital funds around the county, bringing them into Michigan’s vibrant startup ecosystem. It then connects those funds and their startups with major organizations looking for innovation. Startup companies are the life blood of a growing economy, and Renaissance uses its unique role to help startups connect with both potential investors and major customers.

As in the earlier funds, investors in the fourth Renaissance fund include a mix of corporate, foundation, institutional and family office partners.

“Through our Renaissance Funds, we’ve created a model that shows how a combination of capital and connectivity can grow the innovation economy in places like Michigan, and how by connecting innovators, investors and potential major customers, we can benefit all three groups as well as the region,” says Chris Rizik, CEO and fund manager at Renaissance.  “I’m especially proud of Renaissance IV, because we did most of our fundraising during the uncertain days of 2020.  Even with the pandemic, our investors still valued the innovation we brought and wanted to be part of our work going forward.”

Renaissance Venture Capital has consistently focused on attracting capital to Michigan. To date, Renaissance has helped attract over $2 billion to Michigan startup companies, or over $13 for every $1 it has invested, creating important high-paying jobs (average wage of more than $80,000) in the process.

“We are pleased to be an investor in a fund like Renaissance that has supported innovation in areas such as health, security and technology,” says Anthony Stefani, a director in the CFO office at Blue Cross Blue Shield of Michigan. “It also has enabled Michigan start-ups to play a bigger role in these economic sectors.”

“Renaissance connected Orbion Space Technology to its Series A lead investor, Material Impact Fund, at an UnDemo Day™ event,” said Brad King, CEO of Orbion Space Technology, a manufacturer of electronic propulsion plasma thrusters used in satellites, located in Michigan’s Upper Peninsula.  “Last month, we closed on a $20 million Series B investment round.  Renaissance’s assistance with that early capital infusion through its UnDemo Day™ was an extremely important event in growing our company.”

According to a recent Crunchbase report, Michigan has seen the greatest increase in venture investment of all 50 states.  VC dollars in Michigan have spiked nearly 886 percent since 2016, growing from around $300 million to about $3.1 billion last year.

Rizik says, “It has been gratifying to see not only the financial success of our work at Renaissance, but also the impact we’ve had in driving local economic growth, innovation and jobs. Like never before, the rest of the country is noticing the power of what is happening in the Midwest, and we believe our efforts with Renaissance IV can help to push the region to even greater heights.”

Renaissance Venture Capital (Renaissance) is a fund of funds that supports the growth of venture capital in Michigan while serving as a bridge between the state’s emerging innovation company community and its strong industrial and commercial base. For more information, visit www.renvcf.com.