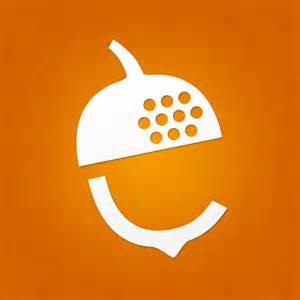 Nutshell is building beautiful software that builds happy companies. They believe that smart design makes it possible to create a CRM that people enjoy. They also believe that CRMs need to be open, so they’ve built Nutshell® to integrate with services like Google Apps, Zendesk, Olark, Wufoo and MailChimp.

And their vision for software doesn’t end with the web. At Nutshell, mobile is in their DNA. They believe in designing software to be cross-platform from day one, with robust APIs and native mobile applications.

After years on the tech scenes in San Francisco and New York, and with serious start-up and customer acquisition successes to his credit, Shelby Twp. native Shane Bliemaster watched Southeast Michigan’s tech industry growth with more than just passing interest.  And, in return, the burgeoning tech start-up scene wouldn’t stop trying to connect Bliemaster to the right opportunity back in his home state.  A few introductions to the right people in Michigan, and Shane was quickly just a few conversations away from landing back in Michigan permanently.  ”Everyone was so helpful when I would come back to visit.  They would tell me: ‘Here’s who you should meet…” and introduce me to someone else in Southeast Michigan’s tech community.  Eventually I found my way to (Nutshell CEO) Joe Malcoun and they were looking for a VP of Marketing with my background.  It was a perfect fit,” said Bliemaster from Nutshell’s Ann Arbor offices.

Nutshell hired Bliemaster to be their first VP of Marketing through the MVCA Executive Attraction Program, offered to MVCA members to help offset recruitment and first-year salary expenses for senior-level positions at their portfolio companies.  MVCA member Detroit Innovate, a Series A-1 investor alongside Barracuda Networks, Cahoots, and CKM Capital, helped Nutshell secure the award.  Patti Glaza, of Detroit Innovate, says: “This is a great example of how the state, the investment community and entrepreneurs are working together to build a stronger start-up ecosystem.  This is just the start of the talent ramp Nutshell will be executing on over the next few years, and we’re grateful the MVCA Executive Attraction Program could help us secure an ideal candidate like Shane.”

Becoming the new VP of Marketing of a company that’s never done marketing might seems like a daunting task, it’s one Bliemaster finds exhilarating.  ”Nutshell is a cloud-based Customer Relationship Management platform that was started with a small seed investment, and the team focused intently on building the best product.  They’ve grown without any marketing, so being able to build on that is exciting.   I feel incredibly lucky and excited to have the opportunity to join such a talented team in Michigan where my skills can contribute to building something great.”

Now that he’s officially part of the Michigan tech scene that helped him get back home, Bliemaster is ready to share the Nutshell story with the world.  ”Nutshell caters to the small business owner, as opposed to other well-known CRMs which are built more for huge enterprises.  We make it simple for users to get started right away and the interface is friendly and fun.  If you haven’t heard of Nutshell yet, you’re going to.”